The second annual Change The Ratio Waterloo Region event was inspiring, sometimes maddening, hilarious, and completely energizing. This recap shares some of the highlights. If you missed it, the video is posted at the bottom of this post, and slides can be viewed on Slideshare. Don’t miss the tweet summary, too. The speaker names link to their bios at the end of the post.

The Kitchener Public Library was our co-host again this year in the lovely theatre at the Central branch. CEO Mary Chevreau provided greetings and offered us all FREE library cards! She and Bob Egan, Manager, Community Development, emphasized the library’s commitment outlined in the Strategic Plan to inclusion, access and digital literacy. They also referenced membership in Hive Waterloo Region and partnerships to deliver digital literacy, especially in Studio Central plans.

Hive Waterloo Region Executive Director Stephanie Rozek set the stage for the speakers: “I believe we have an opportunity here, in Waterloo Region, to make a truly meaningful change. There is a lot of talk about wanting to be Silicon Valley North …However the tech sector both here and abroad is overwhelmingly a monoculture, while our demographic base is diverse and varied.

“This is an issue and challenge for all of us to deal with, for it affects everyone, not just women and minority groups. If we can introduce more diversity into our workforce, it will result in more innovative solutions, stronger bottom lines, and a better place to live for everyone.”

National Engineering Month Ontario was this year’s sponsor. NEM is doing important work to change the perception of engineering to make it more appealing to women and minorities, and at a younger age. Erica Lee Garcia from NEM and Engineers of Tomorrow stressed how important that emphasis on diversity is, and how it’s part of each of over three hundred events put on for National Engineering Month (#NEM2017) in March this year.

Caity Dyck had one of the most memorable quotes of the night, which explains the resistance there is to changing the ratio: When you are used to Privilege, Equality feels like Oppression. Together, Caity and Steve Prentice talked about a new program at the University of Waterloo to support first year female Engineering students. As Caity explained, it’s not about helping them get through the program, because they are exceptional students and that’s not what they need. Instead, they’re telling these young women, ‘We’ve got your back,’ to support them through the sexism they will encounter, like the messages they will hear telling them “You got in because of a quota” or “You got that co-op placement because you are girl”, despite generally having higher scores. Grrr… let it out. 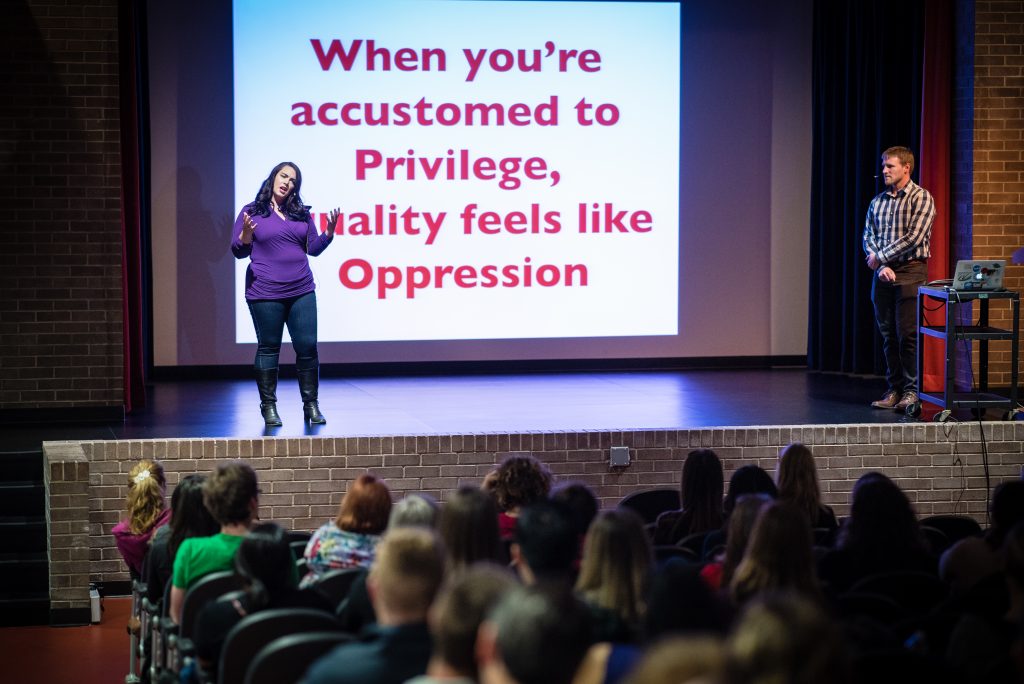 Good guy Steve was shocked by the stories of what the students have been sharing this year, but Caity has heard it all. Both are determined to make a difference for the current cohort of female engineering students.

Sam Nabi followed next, providing alternatives for the way tech startups are run, challenging the status quo of how startup mentality is only about the money and the hunt for the unicorn billion dollar evaluation, as well as how software is developed with inherent bias and how startups are funded. For example, if you think within a monoculture you may be coding the forms you create to require at least a three letter last name, but many cultures outside North America have two letter last names. Sam shared his slides online for easy viewing and they are worth a look for more ideas, such as how those with privilege need to choose to spend it wisely, as a form of currency. 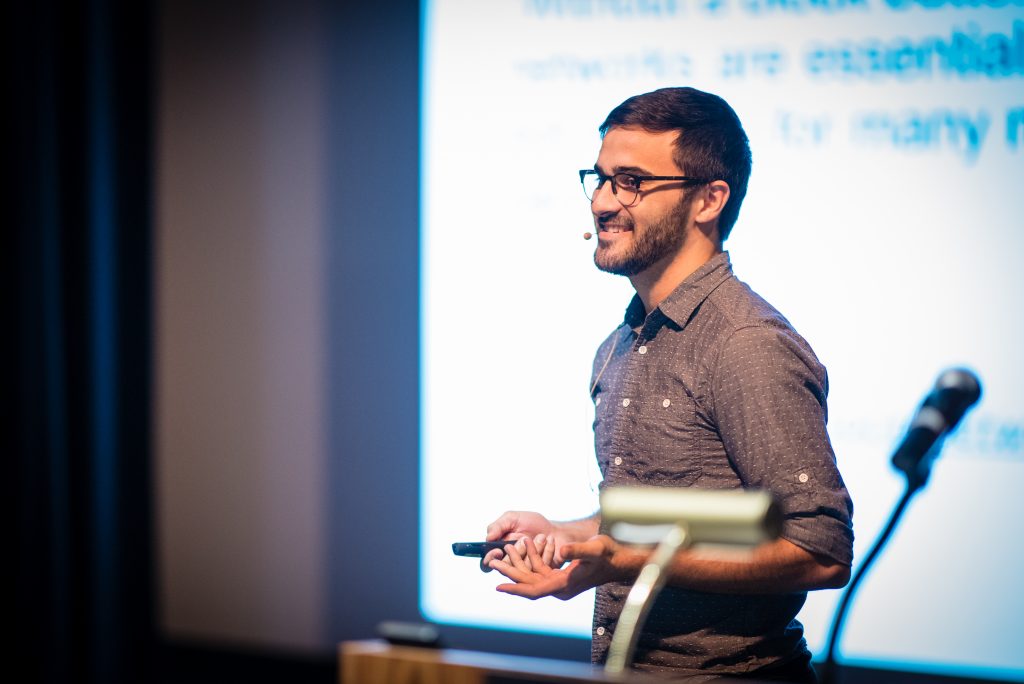 At Hive we often share how girls by age 8 are discouraged from pursuing tech, but nothing is as poignant as hearing personal experience. Samantha Estoesta Williams gave a hilarious and touching presentation – complete with GIFs! – as a young girl interested in tech, who got discouraged, interested, and discouraged again. It was hard to hear that as a kid growing up with a mathematician father who encouraged her exploration she hard-coded a website at 8 years old, but then her grade school science teacher shot her down, and she learned that school science fairs are geared to safe projects winning prizes — the  “freaking volcano” — vs. more demanding explorations of intervals and music. University was no better. The boys were asked about the tech behind their projects and young women about the design. Who wouldn’t pursue communications instead of computer science then? 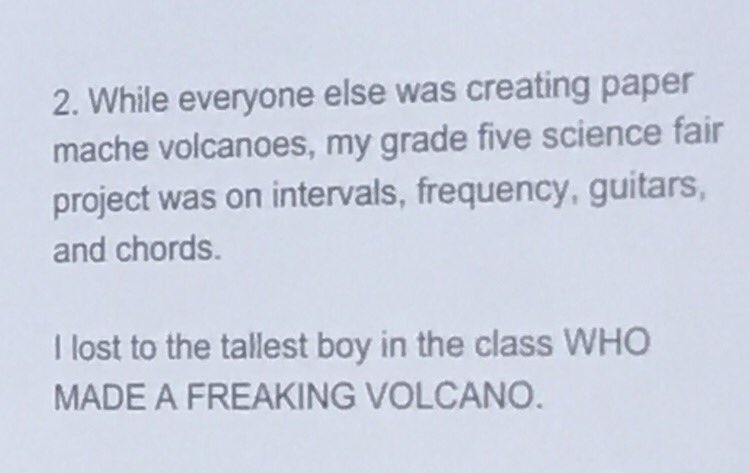 Watch the video and you’ll be cheering her on! Sam is now working at Mad Hatter Technologies, a supportive tech agency with strong female and ethnically diverse representation in its staff — and she is looking at getting into coding again. 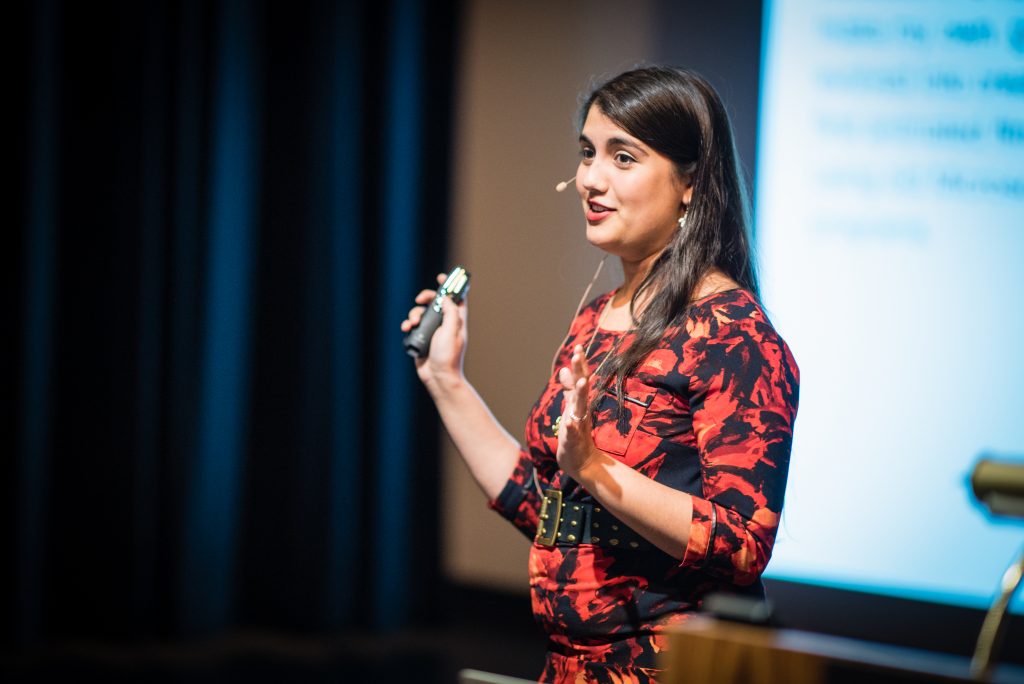 At this point in the proceedings we had a short ad break to put in a plug for Code Like a Girl, asking you to help this amazing blog reach 5000 followers! Share #AMPCodeLikeAGirl and subscribe.

Danielle Graham has been a long-term passionate advocate for women in tech and women as entrepreneurs. Danielle grew up in southern Africa and it was there she first noticed that the environment and opportunities for women were different than those for men. She was surprised to see this gender difference was the same in Canada when she moved here as a young adult. Inspired by the women entrepreneurs she met in Ethiopia she started up her company. Now as Communitech’s Women in Tech Program Manager she is helping make a difference with the Fierce Founders program. It has already increased the number of female-led startups at Communitech from 8% to 23%! 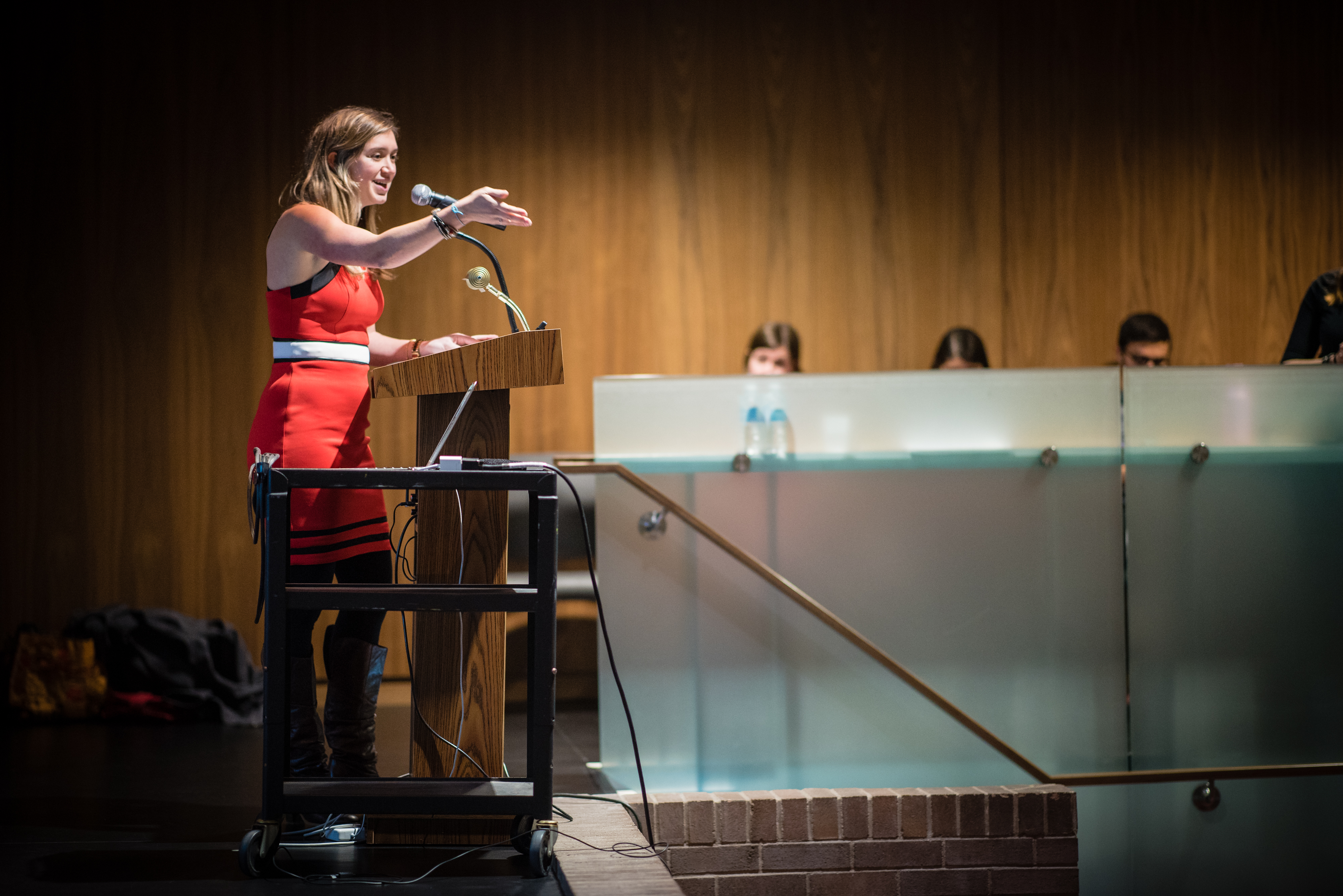 Cat Coode closed the evening off challenging our perception of engineers and making a case for engineers being artists and rounded individuals. Complete with tutu and tap shoes, she shared her love of tech and of dance. Search for ‘engineer’ on Google and you’ll see the standard images of hard hats. But engineers are problem solvers and creators too. Check out the slides for the ones that provide definitions for Artist and Engineer – they’re surprisingly similar! 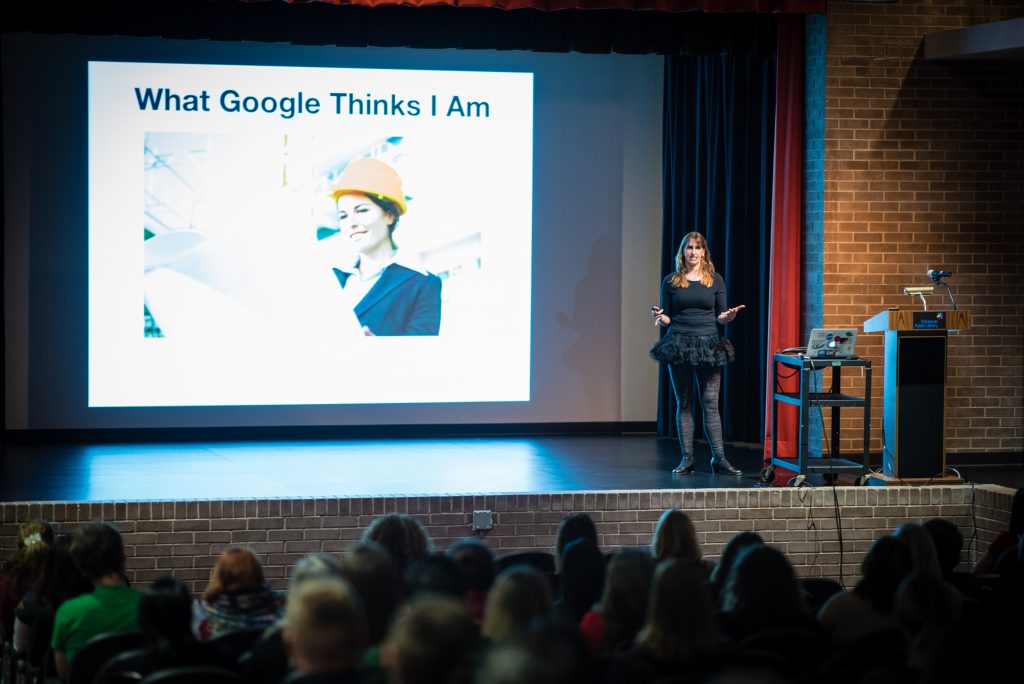 The speaker Q&A had some great questions. We didn’t plant it, we swear, but one of the most essential questions was from a young white man asking how to be a better ally. All the speakers had great feedback. It starts by amplifying the voices of the women in your workplace. By praising great work and pointing it out to others. And then to be great listeners. Look for more on Storify.

Be sure to join us next year for Change The Ratio WR, and in the meantime keep using the hashtag #ChangeTheRatioWR to share your successes, frustrations and face palms. Together we can make a difference.

On April 26 the 2nd Hive Waterloo Region Member Meetup will include a brainstorm on next steps we can all take to increase diversity and inclusivity in our tech and engineering sector. This is your invitation to join us! Until then, here’s the video to inspire you to personally make an impact and Change the Ratio! 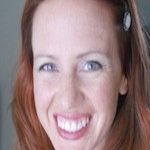 Erica is the Venture Lead of Engineers of Tomorrow, as well as Co-organizer of National Engineering Month Ontario.

A professional engineer with over 10 years experience in automotive manufacturing, mining and non-profit management, Erica has done an immense amount of work to effect social change through engineering, through starting several businesses and working in social enterprise both locally and abroad.

She is often a mentor to students and recent grads who aspire to change the world. With Engineers of Tomorrow, a venture in partnership with Engineers Without Borders Canada, she is inspiring the next generation of engineers through effective, impactful outreach to youth and the general public. 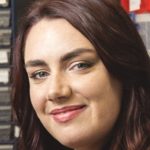 Caity Dyck has worked with Engineering Outreach as part of UW’s Women in Engineering team for a number of years, and is one of the most passionate supporters of women in STEM I’ve ever met. Her enthusiasm is absolutely infectious, and I have no doubt that anyone she works with, whether that’s kids in Engineering Science Quest or the professionals and parents she encounters, comes away inspired to do more to make the engineering profession more dynamic. Caity holds a Bachelor of Arts from, where else, the University of Waterloo. 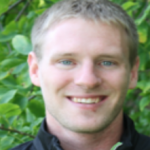 Steve Prentice is the Residence and Community Life Manager at St. Paul’s University College, and is responsible for creating and maintaining a positive environment for students. Originally from Newcastle, Ontario, Steve has lived here ever since coming to UW for school. He received a B.A. in Religious Studies and Anthropology, and spends most of his free time on the squash courts. 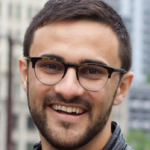 Sam Nabi is a freelance web developer and the founder of Shopzest, an e-commerce platform for local businesses in Waterloo Region. In his own words, he has worked ‘as both cog and puppetmaster in the volatile gig economy’, alongside remote teams distributed all over the world. He graduated from the University of Waterloo in 2013 with a degree in Urban Planning. 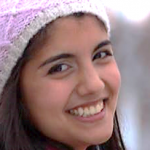 Samantha runs Community Engagement & Government Relations at Mad Hatter Technology and though she didn’t study tech at school, she’s been a computer geek since birth, thanks to the influence of her father, a computer teacher. 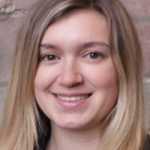 Danielle Graham, is the Women in Tech Program Manager at Communitech. She oversees all aspects of development, implementation and delivery of the Fierce Founders Bootcamp and Accelerator programs for women, as well as numerous other female-focused resources and events.

Danielle brings a true diversity of experience to her work. She has worked as a consultant with Deloitte across the technology, financial services, and consumer products sectors, has experience consulting overseas in South Africa and Ethiopia, and worked with women’s microfinance loans for USAID in East Africa.

She also co-founded Crio Water, an award-winning sustainable home drinking water treatment company. She holds an MBA from Laurier, an MA in African History from Dalhousie, and a BA in Arts and Science, History, and French from Trinity College, at U of T. 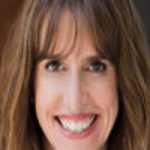 Cat Coode is an internet safety expert and electrical engineer who has spoken to tens of thousands of people, from students to companies, about the value and perils of being online. She spent over 12 years working in technical design and leadership at RIM after completing her degree at UW, and she is also a parent.

Her concern about how to help guide her kids in a digital world led her to found Binary Tattoo, with the mission of educating and empowering people with knowledge of how to use the internet and social networks to create positive online identities, maximize their experience, and stay safe.

She has appeared at trade shows, on TV & radio shows, and in national publications as an online identity expert. She was nominated for a 2014 WOW award for Entrepreneurship, took 3rd place in Communitech’s Women Entrepreneur’s Bootcamp pitch competition, and is a member of their inaugural accelerator for female founders in tech. She is also the Tech Writer for Yummy Mummy Club, a popular online content site for parents.